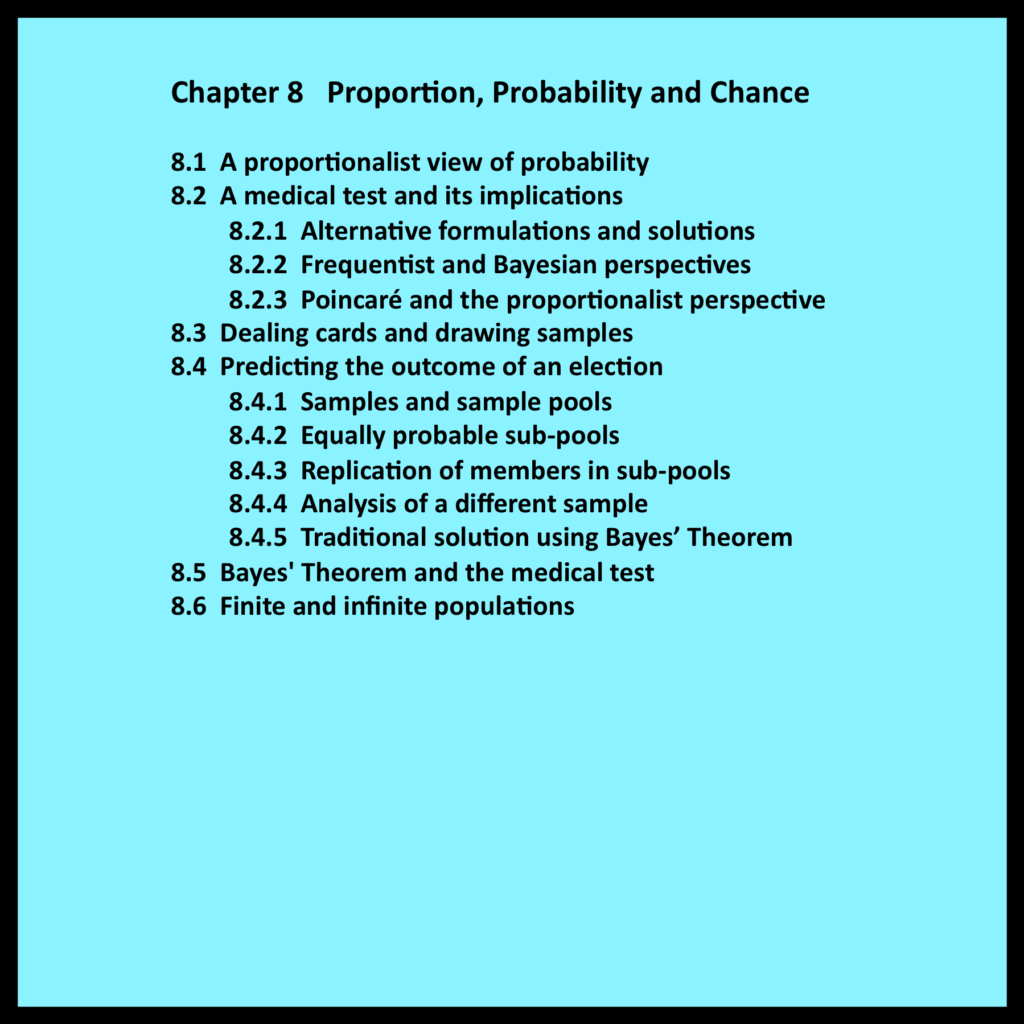 8.1 The proportionalist view of probability

This chapter examines the use of proportions in contexts where the passage of time is not an integral element of the original problem, and where problems are phrased most naturally in terms of questions that begin with “what is the chance” or “what is the likelihood.”  Note that the validation paradigm described in Section 1.2 is not directly applicable to such contexts since there are no time-dependent trajectories to observe.  Instead, there are only static populations.  In this context, intuitive concepts such as chance or likelihood become meaningful and measurable when linked to directly observable proportions of these populations.  As in the case of observational stochastics, the structure of these populations is typically characterized through loose constraints rather than probability distributions and the sampling premise.

The next few sections illustrate how this proportionalist view can be employed to formalize and analyze questions that are expressed using ordinary non-technical terms such as chance or likelihood.  As usual, a series of simple examples will be used to illustrate fundamental principles and concepts that extend broadly.

8.2 A medical test and its implications 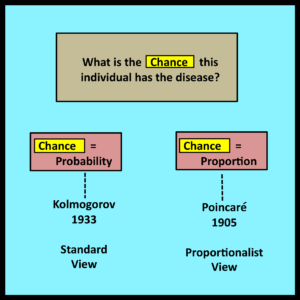 This example, which is adapted from Example 2.10 in (Kobayashi, Mark and Turin 2012), concerns a medical test that is used to diagnose a particular disease.  The original statement of the problem begins as follows:

“The following information is known about this disease and its medical test.

Note that Assumptions 1, 2 and 3 are expressed in terms of relationships among observable proportions of a population.  Their meaning can be understood, quantified and verified without referring to abstract entities such as sample spaces, events, probability measures and random variables.

Within this context, Kobayashi, Mark and Turin  propose the following question:  “What is the chance” that this particular individual has the disease?